Bradenton, FL — “The Feminine Touch: The Struggle for Equality in Medicine,” a WEDU PBS-TV documentary based on the book by Lake Erie College of Osteopathic Medicine (LECOM) faculty member Thomas Quinn, D.O., has been honored with a Suncoast Regional Emmy Award for best historical documentary.

The documentary portrays the battle for women’s acceptance in medicine. It was the osteopathic profession that fully threw open the doors to women in the medical field.

“The book and documentary tell the story of the fight against the inequality of the sexes in medicine,” Dr. Quinn explained. “And it is intertwined with the struggle for osteopathic medicine to be accepted as a valid scientific practice.”

Silvia Ferretti, D.O., senior vice-president and provost of LECOM, is prominently featured in the book as well as in the documentary. As the first woman to become dean of an osteopathic medical college, Dr. Ferretti has been an inspiration to a generation of female osteopathic physicians, Quinn said.

“This acknowledgement is a tribute to the quality of work produced by the hardworking and talented staff of WEDU PBS and our local production colleagues,” said Jack Conely, WEDU vice president of content, in congratulating the production team of Kristine Kelly and Danny and Robert Bruno.

The Suncoast Chapter of the National Academy of Television Arts and Sciences offers the annual Regional Emmy Awards to TV markets in Florida, Louisiana, Alabama, Georgia and Puerto Rico.
Winners of the Regional Emmy Awards were announced Dec. 2, at a ceremony in Orlando, Fla. 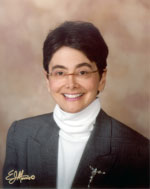 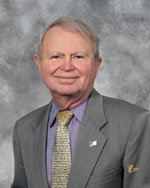 Thomas Quinn, DO, author and clinical professor of family and occupational medicine at LECOM Bradenton