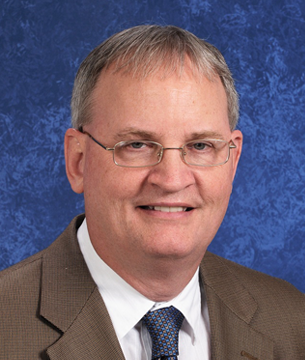 “I have always had a passion for science and education, instilled in me by my parents and special professors, and encouraged by my students.”

Professor Andrews is a Specialist in Physiology and Biophysics, past Director of the Independent/Directed Study Pathway (ISP/DSP) at LECOM, Erie, Pennsylvania, USA, and currently serves as the Director of Examination Management and Evaluation at LECOM – Seton Hill, Greensburg, PA, USA. He is active in educational research and a nationally recognized leader in that field.

Heavily involved in educational research, Professor Andrews has authored and coauthored a number of publications, and has made presentations at national and international meetings of educators. He serves as a reviewer for Medical Science Educator, and Medical Education Online. In 2012 he was awarded the AACOM/SOME Innovations in Medical Education Award for his work in longitudinal assessment examinations. He was also inducted as a Fellow, in 2012, into the National Academy of Osteopathic Medical Educators (NAOME) in the category of Medical Education. In so doing, he became the charter and only NAOME Fellow ever to be inducted in this category. He was honored as the LECOM Distinguished Educator of the year in 2006. He has also served as the Vice Chair (1995-6) and Chair (1996-1999) of the Biomedical Sciences Committee of the NY Academy of Sciences. He is also a Director Emeritus, having served on the Board of Directors of the International Association of Medical Science Educators (IAMSE). He also served as committee chairman on the Membership Committee, Awards Committee, and Nomination Committee, and currently has various committee responsibilities in this association. Professor Andrews is also a member emeritus of the nine member Steering Committee of the Society of Osteopathic Medical Educators (SOME) of the American Association of Colleges of Osteopathic Medicine (AACOM), on which he served from 2005-2012. During that time he served as Secretary (2007-2009), Vice-Chair (2009-2010), Chair (2010-2011), and Past-Chair (2011-2012) of this distinguished group of osteopathic medical educators. As a member of the American Osteopathic Association (AOA) he has served as a reviewer for research grants and research meeting abstracts. Professor Andrews is/has been active in numerous discipline specific societies including the American Physiological Society, Biophysical Society, American College of Sports Medicine, Society for Neuroscience, Society for Experimental Biology, and the NY Academy of Sciences and others.

In biomedical research, Professor Andrews has had numerous publications and research grants concerning the cellular function of muscle cells under fatiguing and neuronal impaired conditions and how Osteopathic Manipulative Therapy may aid recovery of muscle function. For this work he has received national and international recognition, including the Established Investigator Award for research presented at the International Conference on Advances in Osteopathic Research (ICAOR).

In addition to adding to the scientific knowledge base via bench research and traditional academic publications, Professor Andrews also considers strongly supports the scientific education of the general public as a part of his scholarly responsibility, and his work has been noted and published in a number of newspaper articles and periodicals such as USA Today, Newsday (NY), Fitness Magazine, and Runners World, and he is a regular contributor to Scientific American and Scientific American Mind.

Research and Areas of Interest

Why do veins pop out when exercising, and is that good or bad? Ask the Expert, Scientific American, February 2007

How do itches come about, and why does it feel good to scratch them? Ask the Expert, Scientific American, June 2007

Why do we yawn? October-November 2006 issue.

Why is the brain wired the way it is – why does the right cortex control the left side of the body and vice versa? December-January 2006-7 issue.

Why doesn’t the human brain have pain receptors? April-May 2007 issue.

What is it about games like sudoku that is so mentally satisfying? August-September 2007 issue.

Do we have a dominant eye? October-November 2007 issue.

Why are your eyelids heavy after doing tiresome activity? February-March 2009 issue.

Dr. Andrews has a long-term involvement with undergraduate medical education (UGME) as well as baccalaureate level education models. As a leader in UGME, he has recognized the need to educate professionals to become lifelong learners, and has dedicated his educational research to the investigation of how best to develop and assess lifelong learning skills at the UGME level. In doing so he has been instrumental in the establishment and continued evolution of the Independent Study Pathway at LECOM. This curriculum model allows students, with faculty guidance, to learn independently and in small groups, in a directed, but loosely structured, environment. He has also presented numerous informational and instructional sessions and workshops for faculty and course director development.

Mark A.W. Andrews, PhD and Christopher Keller, PhD. 2010. Development of a Tool for Initial Assessment and Tracking of Basic Science Knowledge During Preclinical and Clinical Years 7th Annual Meeting of the American Association of Colleges of Osteopathic Medicine, Bethesda, MD.

Andrews, M.A.W. 2009. Preparing the Best Physicians: Student Assessment of Meeting the Goals of the Independent Study Pathway. Presented at the 6th Annual Meeting of the American Association of Colleges of Osteopathic Medicine, Bethesda, MD.

Andrews, M.A.W. 2008. Advanced Student and Graduate Perceptions of the Abilities Engendered by the Methods of the Independent Study Pathway. 5th Annual Meeting of the American Association of Colleges of Osteopathic Medicine, Bethesda, MD.

T.D. Corso and M.A.W. Andrews. 2007. Production and Use of Voice-over PowerPoint® Files in an Independent Study Biochemistry Module. Presented at the 5th Annual Meeting of the American Association of Colleges of Osteopathic Medicine, June 2007, Baltimore, MD.

Andrews, M.A.W. and T.D. Corso. 2007. Student Use and Appreciation of Voice-over PowerPoint® Files in an Independent Study Curriculum. Presented at the 11th Annual Meeting of the International Association of Medical Science Educators, July, 2007, Cleveland, OH.

Andrews, M.A.W. 2006. Challenges and opportunities: Development of an independent study module and examinations for general medical physiology. Presented at the 4th Annual Meeting of the American Association of Colleges of Osteopathic Medicine, June 2006, Baltimore, MD.

Dr. Andrews’ research assesses the effects of nerve damage (axotomy and compression) on muscle function, biochemistry and morphology using the rat sciatic nerve model. This research has gone on to assess the possible ameliorative effects of antioxidant, exercise and osteopathic manipulative therapies. He has a strong record of extramural funding with this research.

This research is designed to understand the effect of the intracellular milieu on the contractile force and calcium-sensitivity and other functional parameters of striated muscle (skeletal and cardiac). More specifically, to understand the mechanism(s) involved in the alteration of contractility by fatigue metabolites such as inorganic phosphate (Pi) and hydrogen ions (H+), both of which decrease force generation and calcium-sensitivity of striated muscle.
Significant Biomedical Research Publications: